Ryann Bird has long since accepted the limitations of being from the “wrong” side of town. Instead of working toward her dream of venturing to space, she focuses on taking care of her family and being the protector of her high school’s outcasts. But when Alexandria moves to town, Ryann learns about a decades-old scandal that shaped Alexandria’s existence, giving Ryann a new purpose. 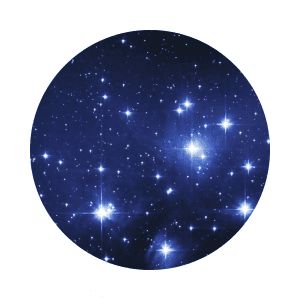 The Weight of the Stars takes place on Earth in the near future. It focuses on one small town, not mentioning when or where the story takes place, nor anything outside of Ryann’s bubble of family and friends. Even though there are cell phones and even Facebook, there’s no mention of the political climate or the world as a whole. This gives the story a timeless, focused feel that I really enjoyed. When the scandal involving Alexandria was revealed, it intrigued me even more: While training for a privately-funded, groundbreaking mission to space, Alexandria’s mother got pregnant and gave birth. She left on the mission, knowing she’d never return, leaving behind her newborn daughter. Months later, the private company that funded her mother’s mission handed Alexandria to her unknowing–and therefore shocked–father. When the story got out, the world was scandalized, and now, almost two decades later, the same company is funding another mission and has contacted Alexandria about being a member of the crew who will, once again, never return to Earth. Since Ryann and Alexandria bonded while listening for radio signals from Alexandria’s mother, Alexandria’s skeptical if she can follow in her mother’s footsteps and leave behind her father and more importantly, Ryann.

Raw And Beautiful, Simple And Emotional

At times, The Weight of the Stars read more like poetry than prose. It was lyrical and philosophical. It was beautifully-written, but the real reason I read it in one sitting was the characters. Ryann and Alexandria’s relationship is complicated, but they’re still intensely loyal to each other. And the friend-group of outcasts (of which Ryann is the unspoken leader) has an amazing dynamic. They’re relatable with a seemingly-unbreakable bond. They all have trauma in their past, but they’re all working toward overcoming it. The ending—no spoilers, of course—was raw and beautiful. It was simple and emotional. In the end, the stars weren’t a burden for Ryann and Alexandria, but a beacon of hope.

While this science fiction novel is about venturing to space, its greatness lies in Ryann, Alexandria, the other characters, and the decisions they all make. If you love slow-burn romances, stories of second chances, and/or have dreamt of flying amongst the stars, then this one’s for you.

If you’d like to share a review of a book you’ve read, we’d love to hear about it. Let us know by emailing us here!